Home > Blog > How to Update Xbox One Controller

How to Update Xbox One Controller

It is vital to keep your controller up-to-date for the awesome experience. We have compiled a list of three easy methods for users to update their gaming controller easily without involving themselves in any trouble.

If you’re an owner of Xbox Gaming Console, then it is compulsory to know how to update Xbox One Controller, because Microsoft makes frequent updates to its gaming accessories. Updating these firmware updates would make several improvements, such as enhancing the capabilities of the headset adapter and more. For sure, updating accessories would be a headache for many users, although it’s not required, but thanks to Microsoft who has offered three different methods for users of Xbox One to update their controllers as follows:

Surely, you would enjoy better gaming experience after updating the required firmware update as it enhances the controller capabilities to provide you smooth gaming experience; therefore, it is vital to keep your controller up-to-date for the awesome experience. We have compiled a list of three easy methods for users to update their gaming controller easily without involving themselves in any trouble. 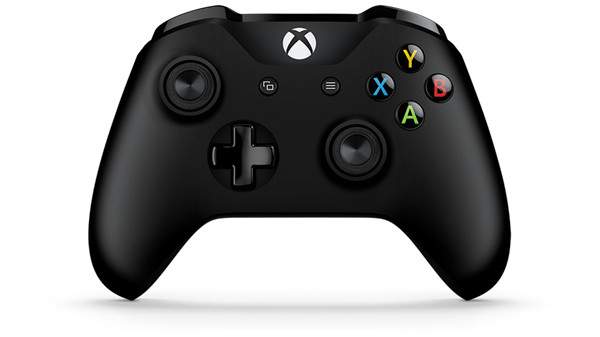 Before updating your Xbox One Controller wirelessly, you should confirm when you bought it. You can easily reveal the purchased date by checking the bottom of the controller nearby the round 3.5-mm port. It will indicate that your controller is capable of updating using the wireless method or not.

1.       Make sure Xbox One Controller is connected to the Internet

4.       Next to that, you must click on “Devices and Streaming” and hit “Accessories” under the given category

5.       Now, you have an option to select the controller you intend to update

6.       Before selecting the Firmware version, you need to click on “Device Info”

7.       Upon clicking the “Update Now” button, the firmware update gets started to install

For controllers, which were purchased before June 2015, required to update using a wired connection. You can go with the wireless method if you purchased the controller after June 2015. To update your controller using the USB method, you need a USB cable used for phones, cameras, and other accessories. You can easily identify controllers bought before June 2015 by finding the lack of a 3.5mm headphone jack on the controller’s bottom. Following the given steps to start updating your Xbox One Controller:

1.       Make sure your Controller is connected with the Internet and you have a USB cable

2.       If you set your device for installing update automatically, the required firmware update will appear ahead of you

3.       If the instruction for the update doesn’t appear, then you should hit the “Xbox” button on your controller

6.       Choose the Xbox One Controller you intend to update

8.       Hit the Continue button to start installing the firmware update

Microsoft Windows makes your life easier by introducing Xbox Accessories App on Windows 10. You can easily install the firmware update of any Xbox Controller by easily following the given steps. Before starting, ensure your PC is connected with the Internet. The first method is for those users who purchased their controllers after June 2015, while the second method is for those who bought their controllers before June 2015.

1.       Ensure Xbox Accessories App is installed on your PC; if not, you can easily get it by visiting the Microsoft Store.

2.       Connect your Xbox One Controller to your PC. At that time, you need to confirm what kind of controller you have; if you have a wireless controller, then you have two options to connect your controller with the PC, such as a USB Cable and the Xbox Wireless Adapter

3.       When done, run Xbox Accessories App and a pop-up will appear if any update is required to be installed saying “Update Required”

If you are trying to update the Xbox One Controller that has been already the latest firmware update installed, the screen will be ended within a few seconds to indicate that the required update is already installed. After having three possible options, you can easily update your Xbox One Controller for the better and smooth gaming experience.